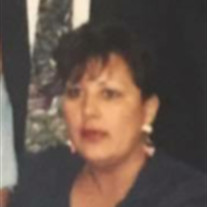 Evelyn Cruz, 67, of Ocala, FL, passed away on January 31, 2022, in Advent Hospital. Evelyn was born in Philadelphia, PA to Ezequiel and Brunilda Delgado on May 7, 1954. She went to high school at Jules E. Mastbaum Vocational/Technical School... View Obituary & Service Information

The family of Evelyn Cruz created this Life Tributes page to make it easy to share your memories.

Send flowers to the Cruz family.