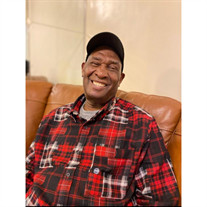 Euton Adolphus Allen was born on March 20, 1950 in Bath Mountain Westmoreland Jamaica to Charles Allen and Cardine Comrey. He departed this life on February 2, 2021 in The Villages, Florida. Euton is the second eldest of ten siblings. Growing up in Jamaica he often assisted his grandfather Joseph Comrey with trade work. As a teenager he attended trade school in Manchester, Jamaica where he would become a licensed carpenter. Euton would later migrate to the United States of America in the early 1970's after being selected to work in the Agriculture Workers Program. Upon completing the program he settled in Brooklyn, New York City. In 1995 Euton left New York and settled in Ocala, Florida. He continued doing trade work in Ocala as a carpenter. Euton who was otherwise known by clients and friends as, "Mr. Fix It,". He was well sought out due to his meticulous trade and handiwork. He then retired and spent time with his family in Ocala and also visited his children and other family members in New York. Anyone that knew Euton was well aware of his pleasant demeanor and infectious smile. Euton was a very hard-working and devoted father; grandfather, brother, uncle, cousin, and friend. He enjoyed going to church, reading the Bible, playing dominos, spending precious time with his family and giving words of encouragement. Euton is survived by his wife Monica Allen, eight children Conrad, Clinton, Safiya, Jeraldine, Johnny, Pearline, Wendy, Sierra, Laneace and Clarissa; grandson Ethan, daughter-in-law Sherry, siblings-Sybil, Corrine, Joan, Jaycelin, Keith, Reynold, Trevor and Clive, a host of nieces, nephews, and many caring relatives and friends.

Euton Adolphus Allen was born on March 20, 1950 in Bath Mountain Westmoreland Jamaica to Charles Allen and Cardine Comrey. He departed this life on February 2, 2021 in The Villages, Florida. Euton is the second eldest of ten siblings. Growing... View Obituary & Service Information

The family of Euton Adolphus Allen created this Life Tributes page to make it easy to share your memories.

Send flowers to the Allen family.