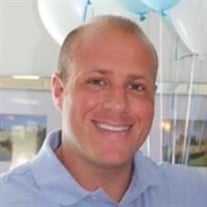 Adam Bryniarski, age 41, of Ocala, Florida, passed away suddenly April 21, 2022. He was born on January 17, 1981, in Coventry, England. As a child, he attended Kenderdine Montessori School in his early years, moving onto Coventry Preparatory School, and attending senior school at King Henry VIII where he graduated. Adam was brought up attending Church of England services in Stoneleigh Village Church, and participated in Sunday School which he enjoyed. His childhood dream was to become a professional wrestler and at the age of 18 he moved to the United States to pursue and ultimately achieve this lifelong dream. His professional wrestling career, where he was known as “Adam Windsor- The Royal Stud of Royal Blood,” spanned from 1999 – 2014. In addition to wrestling, Adam thoroughly enjoyed and drew great satisfaction from his work life where he could interact with people and be a positive inspiration. His other hobbies included working out daily at Zone Health and Fitness, going to Disney World and Universal Studios, magic, swimming, and spending as much family time as he could with his wife and children. A true homebody, he drew the greatest satisfaction from staying home all day and having the day be filled with constant hugs, kisses, snuggles, jokes and throwing his kids in the pool. He and Jade always ended the day with quiet time on the couch, decompressing together, and in each other’s arms. Going on family adventures meant everything to Adam. He and Jade enjoyed taking trips, big and small, all over the world. Adam loved giving surprises. He especially loved celebrating the holidays with his family, hanging lights, and enjoying the festivities. Together they often visited his family in England, which was important to him, to show his children “Daddy’s heritage” and also where Mommy and Daddy met at age 14. Following on from wrestling, Adam pursued a career in healthcare as a Medic, a Cardiac Cath Lab Manager, and most recently a Practice Manager for the University of Florida Health in Ocala. Adam was loved by all who met him, and he was described as someone who “never met a stranger.” He was perseverant, had incredible drive, and a strong work ethic. He was the most protective, strong, and caring husband and daddy anyone could ask for. Adam was the apple of his mom’s eye from the day she set eyes on him. He was doted on 24 hours a day with food, fun, and lots of love. When Adam was nine he was joined by his twin brothers, Rikki and Chris, who quickly became his target practice with beds being broken by choke slams and the three boys became a tight unit, ensuring mom had no idea the broken beds were secretly propped up on books. Adam was so incredibly full of life and such an inspiration to all. A very much loved son, husband, daddy and brother who will be so dearly missed. He is preceded in death by his much loved supportive stepfather, Bhal “Val” O’Dalaigh. He is survived by his adoring wife Jade, Ocala, FL; children, Lachlan, Anya, and Callum, all of Ocala, FL; step-son, Blaise Kutzer, Austin, TX; mother, Paddy Bryniarska, Coventry, England; father, Leszek Bryniarski, Coventry, England; brothers, Rikki, Whistler, British Columbia, Canada; Chris Coventry, England; maternal grandmother, Mary Newman, Capetown, South Africa. A funeral service will be held at Roberts of Ocala Downtown Chapel, 606 SW 2nd Avenue, Ocala, FL, on Saturday, April 30, 2022, at 2:00 p.m. with a visitation one hour prior. Adam’s wishes, in the event of his death, are that donations would be made for his children’s college funds in lieu of flowers, https://gofund.me/bf18d8d2. Arrangements entrusted to Roberts of Ocala Funerals and Cremations.

Adam Bryniarski, age 41, of Ocala, Florida, passed away suddenly April 21, 2022. He was born on January 17, 1981, in Coventry, England. As a child, he attended Kenderdine Montessori School in his early years, moving onto Coventry Preparatory... View Obituary & Service Information

The family of Adam Bryniarski created this Life Tributes page to make it easy to share your memories.

Send flowers to the Bryniarski family.