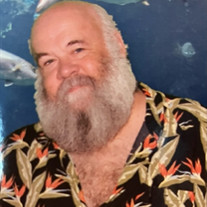 Richmond (Rick) H. Day, of Ocala, FL passed away peacefully in sleep at Hospice of Marion County after his battle with cancer on March 30, 2022 at the age of 70; surrounded by family. Rick was born January 15, 1952 in Elmira NY, a son to the late Senator Theodore (Ted) Day, born in Manhattan, NY and Frances Melissa Day (McPherson) of Valois, NY. He grew up in Interlaken, NY and attended South Seneca Schools and graduated from Lakemont Academy Private School in Dundee, NY in 1970. Rick enjoyed the little things in life for his time. He was in love with the music of the 60s and 70s, and was in attendance at the legendary music festival, Woodstock, NY in 1969. Rick enjoyed attending major league baseball games at Yankee Stadium and could often be found rambling baseball facts and statistics to his children and wife whether they wanted to hear them or not. His favorite player, Micky Mantle was often the topic of conversations regarding the NY Yankees vast history. Rick spent his early years working within the community as a Mental Health Therapy Aide at Willard Psychiatric Center and as a teaching assistant at Elizabeth Cady Stanton Daycare Center in Willard, NY, where he would meet his wife, Nancy Jackson. Then as the favorite bus driver for the Special Children's Center, now known as Racker Centers in Ithaca, NY. He then worked as a delivery person for various facilities within Ithaca, NY. Rick married first Mary Pizzillo of Connecticut. Rick and Nancy were married January 9, 1993, his second wife and resided in Interlaken, NY until they relocated to Ocala, FL in 2008. Rick had always wanted a large family and was able to find that with Nancy as they watched their children, Jason Frank Day (Pia Hannig), and 2nd wife Jeanie Buddle, Amanda Gonzalez, Danielle Churchill (Nigel) and Nikki Purvis (David) grow into adults. Rick would spend summers teaching them to swim in the lake and light fireworks over the holiday. Rick would joke and tell the girls he was Santa Claus over Christmas so they would go to bed on time. Rick enjoyed the time spent with his family whenever they came home for visits. Rick will forever be loved and remembered by his 11 grandchildren: Lukas A Day, Kailey Gober, Logan Hill, Emma Hill, Carter Fuller, Kinsley Gonzalez, Isaac Shoff, Leo Shoff, George Churchill, Dylan Storer, Noah Purvis,

Richmond (Rick) H. Day, of Ocala, FL passed away peacefully in sleep at Hospice of Marion County after his battle with cancer on March 30, 2022 at the age of 70; surrounded by family. Rick was born January 15, 1952 in Elmira NY, a son to the... View Obituary & Service Information

The family of Richmond Day created this Life Tributes page to make it easy to share your memories.

Send flowers to the Day family.