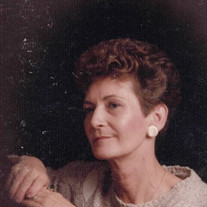 LINDA GAY-SHIPMAN, 79, of Silver Springs, Florida passed peacefully into the arms of Jesus on November 15, 2021 at Hospice Estelle’s House. The eldest of three children, she was born in Glencoe, Alabama on October 5, 1942 to Helen Mae Isaac McCluney and Marion H. “Buddy” McCluney. In her childhood years, she lived in several places including Galveston, Texas for a short time then back to the Attalla/Gadsden, Alabama area where she spent most of her time with her maternal grandparents, Mae and Carl Isaac. It was there she met her children’s father, Kenneth Troy Lee and they were married on January 4, 1959. In 1963, they moved to Frostproof, Florida where she finished her education and earned her diploma from Frostproof High School. She eventually went to work in nearby Lake Wales as a hostess The Copper Top Restaurant for several years and then to River Ranch Acres, where she hosted the private airport, greeting artists in the music industry that flew in to perform at the ranch. In spring of 1973, she moved her children to Ocala, where she worked many years in Quality Control at Becton Dickinson Medical Supply and from there to Golden Flake Foods where she retired. In December, 31 years ago, while out with friends she met John Shipman, a loving and wonderful man. After at least three proposals, they were married in Warm Springs, GA on November 2, 2004. Together they enjoyed the outdoors, hunting, fishing, camping and taking care of their home In the last few years as her health declined, he has been her primary caregiver. That is true love. Linda loved people. In the early 90’s she opened a small craft store in Belleview where locals could display and sell their items. She and her daughter Belinda loved to craft and do craft shows. Linda was a beautifully self-taught artist and she loved to sew. From 2000, she and Belinda opened Just Kids, a mommy/baby store. What an asset she was, the love she showed to first time customers that became everyday friends still holds true. We hope that she will always be remembered for her loving heart, not only for her family, but also for those she touched along this journey we call life. In this life, she is preceded in death by her parents, her son Michael Lee, brother Marion “Tommy” McCluney, and sister Chyrl Armstrong and son-in-law Stephen K. Hall She is survived by her loving husband John L. Shipman of Silver Springs, daughter Belinda Florio-Hall of Ocala, son Thomas (Donna) Lee of Greenly, CO and Michael (Jessica) Shipman of Vincenza, Italy, niece Nicole Armstrong, lifelong friend Anita Johnson of Winston-Salem, NC and daughter by heart, Tracy (Darren) Hoelle of Summerfield Survivors also include eight grandchildren, Steven and Matthew Florio of Ocala, Andrew (Keba) Florio of Chesapeake, VA., Jonathan Lee, Amanda Sauls, Michael Lee II, of Lake City, Hannah and Noah Shipman of Vincerna, Italy Great-grandchildren Brandon, Cameron, Dylan, Ashlynn, Brandon, David, Lizzy, Andrew Jr. (AJ), Carter and Michael III. A celebration of life gathering will be held on Saturday, December 11, 2021 from 1-3pm at the residence of her daughter, Belinda Florio-Hall 2454 NE 43rd Road, Ocala. (Please text 352-342-5142 if planning to attend as food will be served). In lieu of flowers, donations to St. Jude or Shriners Hospital in Linda’s name would be appreciated.

LINDA GAY-SHIPMAN, 79, of Silver Springs, Florida passed peacefully into the arms of Jesus on November 15, 2021 at Hospice Estelle&#8217;s House. The eldest of three children, she was born in Glencoe, Alabama on October 5, 1942 to Helen Mae... View Obituary & Service Information

The family of Linda Gail Gay-Shipman created this Life Tributes page to make it easy to share your memories.

Send flowers to the Gay family.