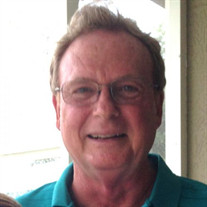 John Francis Nelson Jr died on April 7th. John was born in Norfolk, Virginia and proudly worked for 35 years as a government employee for the Department of Defense, at both Portsmouth VA Naval Shipyard and NADEP Norfolk. John developed innovative weld repairs for the TF30 engine while at NADEP. He later became Certifying Official for the Navys Aeronautical Welding Program until his retirement from Norfolk Naval Shipyard. John was the dedicated father of two children, John III, living in Washington DC, and Julia Marie, a senior at the University of Florida. John was married for 36 years to Robin, whom he met while both were working on the USS Eisenhower in Norfolk, VA. John was passionate about nature, and was a member of the Sierra Club. He was a highly knowledgeable outdoorsman who loved camping, shooting and hiking. Among Johns other interests were military history, metalwork, aviation, and locomotives. John had a soft heart for animals, and will be missed by his five rescue dogs. John will be mourned by his friends and his family, including his sister, Jackie Darden and spouse Paul, of Sun City Center, in Florida. He leaves his nephew, David Mayer and Bettina, who reside in Sarasota with their son, Carter. John also leaves his special niece, Shawn Edmonds, and her family husband Dan, and children Maddie and Clark who live in Texarkana, TX.

The family of John Francis Nelson created this Life Tributes page to make it easy to share your memories.

John was born in Norfolk,...

Send flowers to the Nelson family.