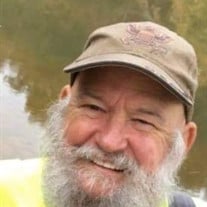 David Fredrick Watts, Sr., age 79, son of Eleanor Harris and Harry Watts, was born in Chester, Massachusetts on July 13, 1942 and he passed away peacefully in his sleep and with Christ in his heart on January 29, 2022. He was a loving son, brother, husband, father, uncle, grandfather, great grandfather, great-great grandfather, and a wonderful friend to many. While in high school, he took a job as a logger in his hometown to support his mother and brother. After finishing high school, he entered the US Navy, and he became part of the Navy Seal team, and also did a tour in Vietnam. After being honorably discharged from the Navy, he went on to the profession of Mechanics and Air Conditioning. He did this for the next 25 years, and then he went on to complete his certificate from the school of Culinary Arts. His interests were many, to many to list, but some of his greatest hobbies and passions outside of his love for his family and spending time with them, included SCUBA diving, photography, cooking, fishing, woodworking, kayaking, hiking, gardening, puzzles, and crosswords. After the death of his first wife, Jean Irene Watts, he was so blessed to have found the love of his second wife and long time friend, Sandra Kay Watts and together they created a beautiful blended family which includes, 13 children, 30 grandchildren, 21 great grandchildren, and 1 great-great grandchild. He leaves behind a legacy of humbleness and compassion and he blazed a trail for his family to follow, never demanding, just hopeful. He loved unconditionally, he would have given you the shirt off his back if you needed it or help anyway he could. He expected nothing from others, but was always grateful and appreciative for any help that was extended. He never liked to be in the spotlight. He was a very funny guy, always sure to bring a smile to your face and a chuckle to your heart. He was the perfect combination of sweetness and stubbornness. He was full of perseverance and tenacity and had an absolutely unconditional love for his family and many friends from throughout his full and extensive life. He was predeceased by his parents, his brother, Donald Watts, and by three sons, Ricky Thomas, Robert Thomas, and David Fredrick Watts, Jr. He will be missed beyond all measure.

David Fredrick Watts, Sr., age 79, son of Eleanor Harris and Harry Watts, was born in Chester, Massachusetts on July 13, 1942 and he passed away peacefully in his sleep and with Christ in his heart on January 29, 2022. He was a loving son,... View Obituary & Service Information

The family of David Frederick Watts Sr. created this Life Tributes page to make it easy to share your memories.

Send flowers to the Watts family.