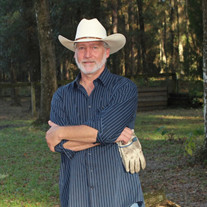 On September 4, 2021, Darrell Lane Wright passed away after a short illness. Darrell was born June2, 1961, as son of Floyd L. Wright and Lucinda (Anderson) Wright in Poland Ohio. Darrell was a graduate of Poland Seminary High School, class of 1979. In high school, Darrell enjoyed being a part of the football team and track team. Darrell was very active in Poland high band, concert choir, boy's ensemble, madrigals and in his spare time he enjoyed academia. After high school, Darrell attended Trevecca Nazarene College in Nashville, Tn where he studied religion, philosophy and Greek. He met and married his wife, Sheryl Pearson Wright on June 19, 1982. After graduation they moved to Melbourne, Florida, where he went into business with his twin brother Duane at Omega Garage Doors. In 1998, they expanded to a second location in Ocala, Florida. Darrell and his wife Sheryl have two daughters, Megan (Johnmarg) Perales of High Springs, FL. And Erin (Mike) Popper of Naples, Florida. Darrell's greatest pride and joy was his grandchildren, Grayson and Mila Perales, and Jace Popper. He enjoyed nothing more than sharing new discoveries with them. Darrell enjoyed reading and writing poetry, fishing with his family, and gator hunting. He also enjoyed spending time with his pet cow, Nelson. And everywhere that Darrel went, his cow was sure to go…. Darrell leaves behind to cherish his memories his twin brother Duane (Valerie) Wright of Palm Bay, FL, his sister Suzanne (Larry) Balestrino of Poland, OH, Twelve nieces and nephews, nine great nieces and nephews, and his mother in law Joyce (Hardison) Pearson, of Ocala, FL. Preceding him in death are his parents, and his father-in-law Rev. Paul Pearson.

On September 4, 2021, Darrell Lane Wright passed away after a short illness. Darrell was born June2, 1961, as son of Floyd L. Wright and Lucinda (Anderson) Wright in Poland Ohio. Darrell was a graduate of Poland Seminary High School, class of... View Obituary & Service Information

The family of Darrell Lane Wright created this Life Tributes page to make it easy to share your memories.

Send flowers to the Wright family.