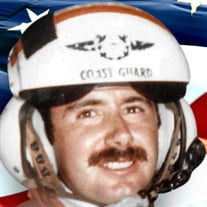 Daniel Francis Pratt, 64, who was currently living in Ocala, Florida, passed away on Wednesday, June 23, 2021 in the Emergency room at Ocala Regional Medical Center. Dan was born in Revere, Massachusetts to Donald A. Pratt and Frances C. Pratt on March 14, 1957. He went to high school at Mount Anthony Union High School and graduated June 13, 1975. Dan enlisted in the United States Airforce and served honorably from June 30, 1975 to June 29, 1978. He was a small arms specialist at Travis Airforce Base, California, and earned the rank of Sergeant. Dan also, did a second enlistment with the United States Coast Guard and served honorably from February 9, 1982 to June 30, 1984. He was an electrician class A and earned the rank of EM3. Dan also received specialized education through college, police academies, and various specialized certified courses. Law enforcement was his early passion and he worked as a law enforcement officer for twenty-two years in various capacities. Such as County Sheriff's, Municipal Police Officer, where he was also a bike patrol officer, and he ended his law enforcement career as a Police Officer with the Department of Veterans Affairs. After his law enforcement career, he tried his hand at working with veterans, helping them with eligibility claims, and last he worked with behavioral health, helping clients find their way back to independent living. In between, he also worked college security at several college campuses, and his last position was working security at the World Equestrian Center, in Ocala, Florida. Dan loved travel and exploring different places. He was a man of faith and enjoyed helping people in need. Dan was a voracious reader and always had two or three books going at one time. He enjoyed crafting military models, especially military airplanes. When he moved to Florida, he joined the Ocala Model Club, and really enjoyed being a member. Dan's other great passion was attending Air Shows, and Air Museums. He loved military history. Before moving to Florida, in August of 2020, he was a member of the Peters-Shortier Post #16 American Legion, Skowhegan, Maine. Last, Dan loved hiking, biking, camping, and getting together with friends and family. Dan is survived by his wife, Daphne Lyn Pratt currently living in Ocala, Florida. He is also survived by his son, Tyler Justin Pratt, and daughter-in-law Bridgett Otero Pratt of Windsor, Vermont. Other survivors are his brother Stephen A. Pratt, and sister-in-law Roseanne T. Pratt of North Bennington, Vermont, and nieces, Melissa McCurdy, Amanda Pratt, and Stephanie Adams. Mother-in-law Patricia A. Barber of North Bennington, Vermont, brother-in-law Arthur L. Barber of North Bennington, Vermont, Joseph E. Barber and sister-in-law Sherry Barber, and niece Grace Barber of Shaftsbury Vermont, and brother-in-law Jacob Barber of North Bennington, Vermont. Dan is preceded in death by his father Donald A. Pratt, mother Frances C. Pratt, and father-in-law Edward J. Barber, all of North Bennington, Vermont. ~Dan's light was extinguished too soon. He lived life to the fullest and will be greatly missed.

Daniel Francis Pratt, 64, who was currently living in Ocala, Florida, passed away on Wednesday, June 23, 2021 in the Emergency room at Ocala Regional Medical Center. Dan was born in Revere, Massachusetts to Donald A. Pratt and Frances C. Pratt... View Obituary & Service Information

The family of Daniel Francis Pratt created this Life Tributes page to make it easy to share your memories.

Daniel Francis Pratt, 64, who was currently living in Ocala,...

Send flowers to the Pratt family.