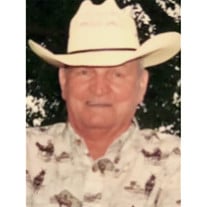 C.M. (Charlie) Lance was a husband, father, Korean war veteran, businessman, realtor, antique dealer, national small boat racing champion and University of Florida fan. While attending Ocala High School, Charlie took up small, outboard motor boat racing. When recalling his time as a racer, he would comment that he was afraid only once, and that was when crossing a wake his boat flipped on its back. After graduating from High School, Charlie attended the University of Florida for a short time before enlisting in the U.S. Air Force. Prior to being deployed to Korea, Charlie married the love of his life, Lanier Tucker. After serving in the Korean War, Charlie returned to the United States. Upon completing his tour of duty, Charlie moved his family to St. Augustine and joined his father in the logging business. As a logger, Charlie and his father purchased and hauled logs to Florida mills and paper plants. In 1965, Charlie moved his family to Perry Florida to access the bountiful timber in that area. Later, he and Lanier purchased a 100 year old home in Weirsdale and daily Charlie commuted to Chiefland where his company was harvesting timber. Charlie and Lanier realized their Weirsdale home called for antique furnishings, and after filling the home with furniture, they decided to open an antique shop in Ocala. Lanier explains they would have enjoyed great success, but Charlie loved so many of the antiques he purchased he hated to sell them. Later Charlie became a realtor, and still later, he sold trucks for his good friend George Raney. Charlie's greatest love was his family followed by his devotion to the Lord. His commitment to the Lord was demonstrated in many ways, especially as a soloist singing praise in many different venues. Charlie was a die-hard gator football fan. Two days before a Gator home game, He and Lanier would park their motor home near Florida field to tail gate with friends. Charlie dressed for the game: orange and blue saddle oxfords, orange pants, a blue gator shirt and a gator ball cap. Once, when walking into a game a fan questioned, Why is a coach in the stadium instead of on the field? Married for over 67 years, Charlie and Lanier spent all their time together. Their special place was their home on a bluff overlooking Lake Weir. There, together, in the evenings, they would sit watching as the sunset across the calming lake waters. Charlie passed away on October 3 while under the care of the staff at Legacy House Hospice. He is survived by his wife Lanier; his sons, Randy (Martha), Greg (Amy) and Dale (Rita); Grandchildren Dawn Renne, Jeanna Morris, Rebekah Lance, Micah Lance, Justin Lance and Josh Lance; great grandchildren Cole Renne, Luke Renne, Berkeley Morris and Miller Morris. A graveside service will be held at Highland Memorial Park, Ocala, beginning at 10:00 AM on Monday, October 8. Services were under the care of Roberts of Ocala Downtown Chapel.

The family of Charles Matthews Lance created this Life Tributes page to make it easy to share your memories.

Send flowers to the Lance family.